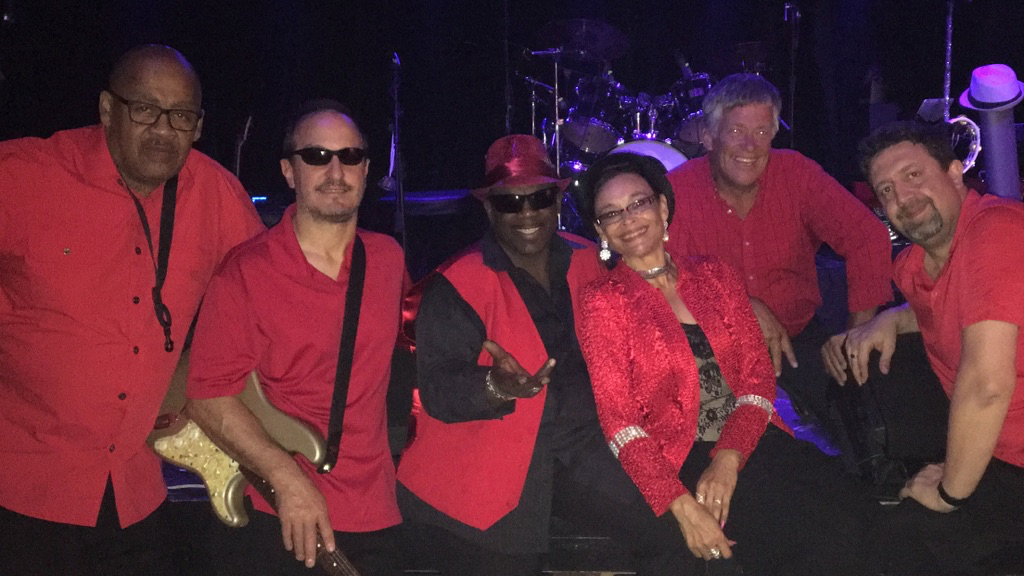 Lenny Epps is the drummer and lead/background singer.

He is originally from Virginia Beach and now lives in Clayton, NC.

Lenny grew up in Virginia Beach, VA and has performed with: The Gentlemen and their Ladies; Ernie LeBau & the Beach Blasters; Bill Deal and Strictly Bizzness.  He has also performed with other great acts in the VB/Norfolk area like Slapnation of Newport News.

His musical influences are: James Brown, Lionel Richie, Motown (Temptations) and The Eagles to name a few.

Lenny formed The Lenny Epps Revue in 2002 in Seattle, WA and is now bringing it across the country back home to the East Coast for your listening pleasure.

She is originally from Springfield, MA and now lives in Clayton NC.

Nina started her professional music career in the Seattle area with names like: Reminisce and The Lenny Epps Revue.  Nina is known for her perfect pitch and believes that the background vocals are just as important if not more than the lead singer.  She likens it to “the fog around the leading actress”.  She enjoys including the audience into the performance and it shows.

Her musical influences are: Barbara Streisand; Phoebe Snow and Natalie Cole to name a few.

Keith Newman is the bass player and lead/background singer.

He is originally from St. Paul, MN and now resides in Holly Springs, NC.

Keith started playing while in the Navy.  He played with several tribute and national acts.

Jeremy Cook is the keyboard player and lead/background singer.

He is originally from the DC Metro area and now lives in Raleigh, NC.

Jeremy spent his school and college days on stage as an actor and also played piano for his church.

His musical influences are: The Beatles; Peter Gabriel and Fleetwood Mac.  He loves soul and Motown.  He is also passionate about IT work.

Frank Sienkowski is the lead and rhythm guitarist.

Frank has studied several instruments over the years starting with the piano at age 6. For the last 10 years, it’s all about the guitar.

He’s been influenced by everything the radio dial could offer including Pat Metheny, Pink Floyd, Rush and anything with a groovy beat.